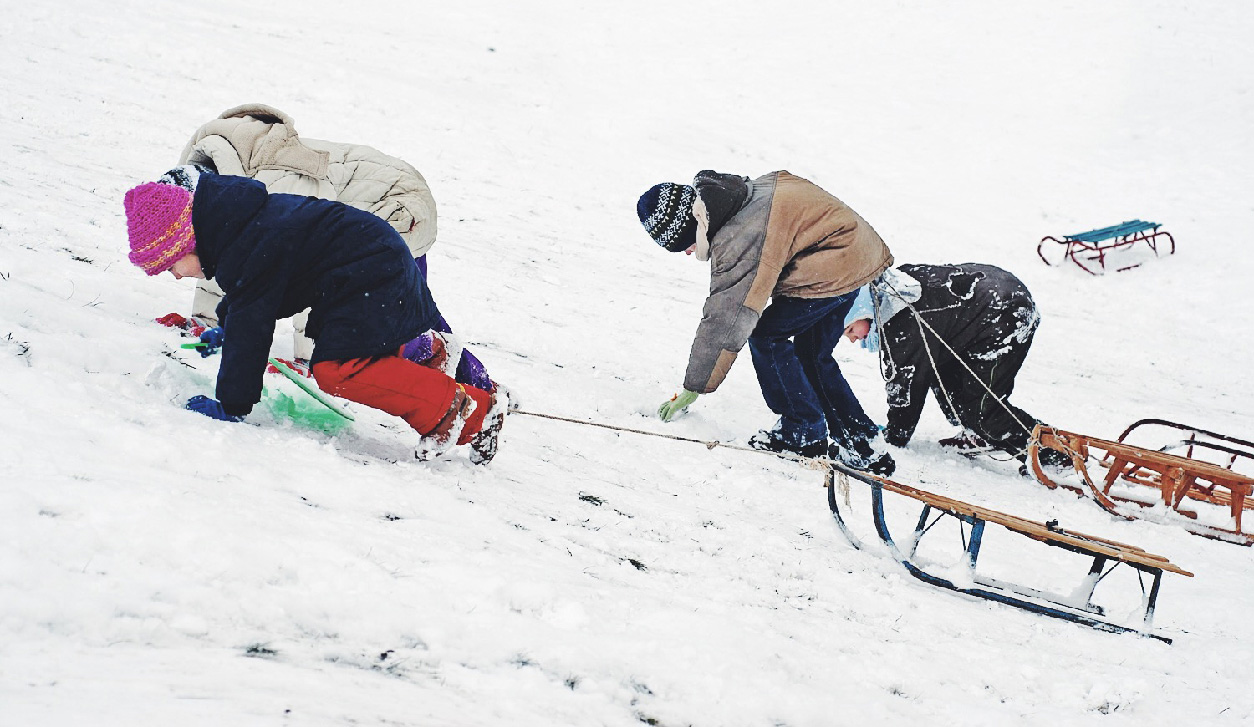 Who can deny that childlike feeling when the country is transformed by a blanket of white magic?

As the UK was gripped by the Beast from the East and Storm Emma this past week, arctic conditions meant children and adults alike took the opportunity to make the most of it and headed to the slopes.

Over here in Wiltshire we are incredibly spoilt for hills, and as it’s been five years since we last had any significant snow, I was more than happy to take a short break from sanding some Wellow side tables to take my toddlers out to a hill just behind the workshop. Great fun, but I was pretty sad to see the sheer amount of plastic sledges in use on the slope. As a result, I decided to compile this list of the best wooden sledges out there.

Hopefully you won’t have to wait another five years to play again, but if you’ve been caught out without some form of sledge, get prepared for the snow next time:

The ultimate classic. We have a version of this sturdy machine and it’s been in the family for decades. Named after its hometown in Switzerland, the design dates back to the 19th century. Built with a lacquered beech frame with two runners, solid beech wooden slats and a rope to pull it with. The Davos is the most commonly used sledge in the world.

If storage space is an issue, then go for a folding wooden sledge. Also great for stacking up in the car, so the whole family can have a sledge each.

I saw some fine examples of antique sledges on our hills this last week. They’ve certainly proved their worth over the years, looking like they’ve been up and down the slopes thousand of times before and still flying now. A quick search on eBay showed up quite a few results if you can get in there quick whilst it’s in mind.

There were plenty of makeshift household and garden items on the slopes this time, as people grabbed whatever they had to hand in the absence of a proper sledge. Wheelie bin lids, cardboard boxes, laundry baskets… but the one I saw working best was a wooden tray. Try it – hold on tight though.

If we have another long wait for the next load of snow, you’ll certainly have time to build your own modern toboggan.

In my opinion, if you’re not into wooden sledges you should make it a metal one instead. As I’m a big fan of the shaped tubular steel chairs by the likes of Marcel Breuer and Le Corbusier I think I must include the S 333 Toboggan Chair by Thonet. It’s an elegant, minimalist piece, consisting of just a few components in a cantilever design. It makes it lightweight and easy to store and shift – it can be carried as a backpack up the hills!

As with all wood, you’ll need to take good care of your wooden sledges if you want to hit the hills at the first opportunity. Make sure that your sledge is clean and dry when you put it away. Take care to ensure the metal runners stay free of rust – it’s a good idea to coat them with Vaseline after cleaning your sledge to keep them in tip-top condition.